Things have been, well, in a word: damp.  We have been chasing roof leaks & plumbing leaks, rain (sorry California-if I could send it along I would) & flood washing under the doors.  Seriously, it rains so hard so fast that the very well functioning drainage cannot handle it.  An oak tree came down last week under the force of water.  It was not struck by lightening it just got pounded over.

All of these adventures have had side stories & upshots.  If I tried to put them all in one post it would be a novella.  So I thought I would give you the latest, or rather what was the latest when I started typing this yesterday afternoon.  It has been a long summer.

Because of the plumbing, we had to day board the big dogs (the down side of an open plan home is it's wide-openness) & I don't know if you know but I DID, I just forgot:  kennel cough vaccines only last six months or so.  You can probably guess the rest; a week later our boy  was coughing his out. The phlegm was SO BAD I went into the utility closet for the swiffer wetjet (uncompensated endorsement, I love that thing) even though it was not raining.  & no one had been outside to track anything in anyhow.  That's it for that part of the story.  There is more dog-hacks-up-a-lung material, but I will save it. 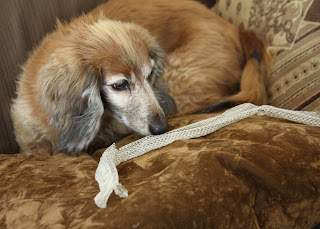 The next day it rained.  Again.  I went back into same closet, got that same wetjet, reached for the same box of clean pads & came away with a sloughed off snake skin in my hand (miniature dachshund for scale). A Snake Skin clinging to the box I handled the day before.  Until that moment I did not know it was possible to laugh & gag at the same time.

We cleaned the closet, no more signs of the snake but we are pretty sure we know how it got in.  & will likely get in again as there is only so much we can do to keep it out if indeed, it ever left.  It might be hiding.  In the walls.  At least our mouse problem is solved (OH! I didn't mention the mice populaiton explosion the month after we got the new roof?  A story for another day).

Last night I rolled over in my sleep & A had his hand flung across the top of my pillow.  This is not usually something I find alarming, but in the dark, in my sleep, those fingers weaving through my hair, over my head...  I am definitely taking a nap today.
Posted by mb. at 8/10/2015 12:11:00 PM 1 comment:

This is my summer so far 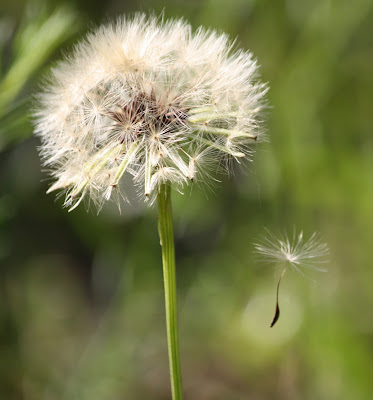 Email ThisBlogThis!Share to TwitterShare to FacebookShare to Pinterest
Labels: garden, worth 1000 words

A closet got cleaned out 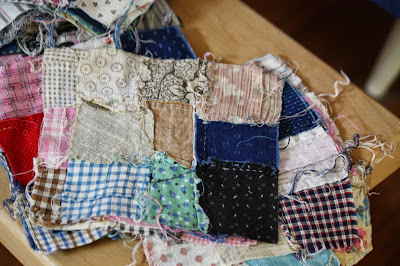 Email ThisBlogThis!Share to TwitterShare to FacebookShare to Pinterest
Labels: quilt block, worth 1000 words

June is MAKING me crackers!

So the June 2015 block went up....earlier.  & since day one it has been making me, well crackers.  The image(s) seem to have some underlying flub that causes (some of) them to be interpreted as code & this does not translate well with Blogger & whatever you use to view this blog.  I have reloaded & resized & I am so sick of it I could spit & I still cannot get rid of the "bad spot".  So I am starting again.  Nothing has changed, deadlines are deadlines (I know several people have already started anyhow) & at least the directions were always in a separate link.

I took some extra time getting the next Facebook Quilt Block Swap Group block posted & then ended up taking more (sorry!).  There were some problems that I don't really want to go into again (they remain in the original post if you are curious) but the upshot is I need to know if (any remaining part of) the problem is with my directions or if this is going to happen not matter what soooooo this time we are using direction already out there, tied & true for both JUNE & AUGUST.  Yes, I did write the August block directions but that was a long time ago & no one seemed to have a problem at the time so I am calling them tried & true as well.

For June we are making the tradition cracker lock which can be found here:  http://quilting.about.com/od/quiltpatternsprojects/ss/cracker-quilt-pattern.htm

We are using the provided measurements & assembly techniques.  I am NOT providing my own how-I-made-it directions; please use the directions in the  Cracker Quilt Pattern by Janet Wickell on the quilting.about site & do a read thru & then come back here.  For our swap we are working in light versus dark & you should use two (2) fabrics. 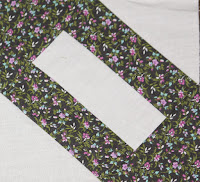 In my example, I used a bleached muslin & a dark, small scale floral.   It would not have mattered, but I used the floral to outline the cracker & the bleached muslin for the center; you can use either of your two fabrics in either place.  So, two fabrics one dark/one light, one solid/one anything you want to use up (maybe even another solid).

& that is pretty much it.  Blocks are due in-house the last Saturday in June, June 27, 2015.  think about making a "practice block" as the direction are very specific & accuracy (in cutting, in sewing) matters for this block. 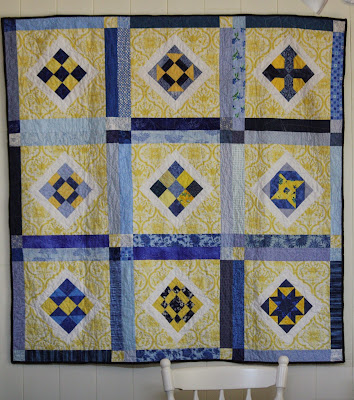 What can I say about this quilt that isn't more than a little bit embarrassing?  I guess I will just jump in:  In February 2009 the Facebook Quilt Block Swap Group...did not exist.  It was still a mailing list in those days.  & our swap block that month was 6.5" unfinished/6" finished equal-parts 9-patch of any kind limited to (mostly) blue & yellow fabrics.

What surprised me most was the variety of 9-patches we got!  These are nine of them, set on point (first framed in a plain bleached muslin border to make them a uniform size) & then sashed in blue & yellow strips I had kicking around.  What could be easier, right?

Unfortunately this top was finished sometime in ?2010? & then sat until almost the end of April 2015 before it was basted & quilted.  It would have sat longer but in a fit of I-don't-know-what-I-was-thinking, I entered it in a quilt show.  Not yet quilted.  Because I am like that.  I basted it not having the faintest idea how I was going to quilt it (I mean I knew HOW, I was going to use my Bernina & cotton thread but the pattern was up in the air).

After it was basted & rolled (I more or less always knew I would begin corner to corner), I settled on a square flags sort of thing.  I could tell you it was inspired by Buddhist prayer flags (which it could be) but really, I was also cleaning some old house stuff files & found Corian samples from when we redid our kitchen.  I started playing with them.  Truly, playing.  Mostly I was making clicking noises with them.  The quilt just happened to be on the table; yes, I have the world's shortest attention span.
After it was all done, I recognized the Corian sample was the same square dimension as a single unit of the patch of the 9-patches:  2 inches more or less.  This is probably why the shape & size of those squares looked "right".  Also, they make a cool mahjong tile clicking sound.  But if anyone asks I am going with Buddhist prayer flags from now on. 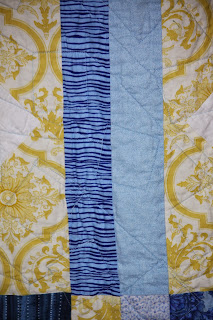 I quilted it in a variegated very pale blue & white cotton thread.  The thread is so pale I was surprised how much the stitching does show in the pale blue border sashing scraps.  because I was quilting when I could find the time, it all got done rather piecemeal. Sooooo.  The corner to corner nature of things got twisted around as I lost my place & those Buddhist prayer flags are just blowing every which way.

The quilt went to the every-two-years quilt show held by the Tree City Quilt Guild in Gainesville, FL & then came home a week ago Sunday.  It was hanging on the wall during bookclub earlier this week & M****** saw it for the first time & immediately recognized the blue sashing strip as scraps from a blue & white quilt currently on her couch.  This quilt was more collaborative than I even realized! 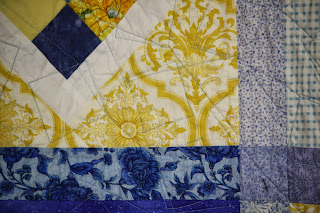 This quilt is 50" x 50" ; it is actually square!  It was made from all cotton fabrics as far as I know & 100% batting- of this I am certain.  It was quilted with a cotton thread which is probably a factor in why the stitching is very visible, even on the same shade of pale blue fabric.  I am entering it in the Home Machine Quilted category at the Blogger's Quilt Festival for Spring 2015.

knitting & quilting & all kinds of stitching